Timings etc
Pre-dinner drinks will be served from 7.30pm, with dinner at 8.00pm. The evening will conclude at 1.00am.  As all of the hotels we are using are withing a few minutes waking distance, we are not providing transport to and from the Gala Dinner. If this causes any difficulty for you please contact Sally Bartrum on 01379 650112.

The venue
The 2016 Country Range Group Gala Dinner is being held in the stunning Art Deco Ballroom at Bournemouth Pavilion.

Opened in the 1920s, this magnificent venue has retained its splendour and elegant style and is Bournemouth’s regular home for West End stage shows. Refurbished in 2007, the Ballroom provides an atmospheric backdrop for gala dinners, banquets, receptions and other social functions.

We are hoping that as many of you as possible will enter into the spirit of this unforgettable era, and come dressed accordingly! New fashions
From the super-glam flapper girls to the first waves of cool androgyny, 1920s fashion was all about liberation, trying new things and having a whole lot of fun in the process.

After World War One, women’s style loosened up (literally) as the corsets came off, skirts got shorter (shin flashing, imagine!) and trousers for women were in for the first time.

While comfort was king, the efforts were still pretty fabulous – think art deco motifs, rich velvet or satin dress fabrics and pearl embellishments – as showgirls like Josephine Baker, Clara Bow and Greta Garbo became the key trendsetters of the decade.

Women felt more confident and empowered, and this new independence was reflected in the new fashions. The attractive, reckless, independent ‘flapper’ appeared on the scene, shocking society with her wild behaviour. Girl Power 1920s-style had arrived! ‘Bright Young Things’
You could say the modern cult of celebrity dates back to the 1920s. Chased by the paparazzi who were fascinated by their outrageous behaviour, the ‘Bright Young Things’ were the younger sons and daughters of the aristocracy and middle-class people seeking to advance their careers through association.

The party set were obsessed with jazz which they saw as modern, raw and anti-establishment. They drank to excess, took drugs and frequented cocktail bars, jazz clubs and nightclubs where they danced and drank till dawn.

They had their own slang, using words such as ‘darling’, ‘divine’ and ‘bogus’.

Men often behaved in a rather camp or effeminate manner, wearing makeup and flamboyant clothes; indeed, although gay and lesbian relationships were against the law in Britain in the 1920s, they were accepted by the ‘Bright Young Things’. 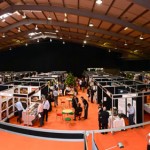 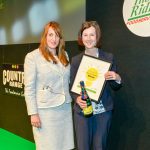 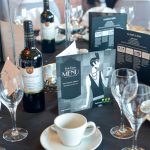